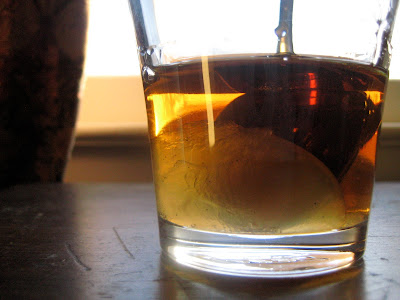 When you have more jelly than a human should reasonably lay claim to, you start finding that jelly can be used in myriad applications. Yesterday's discovery was a brilliant scientific breakthrough: the jelly toddy. Aha! 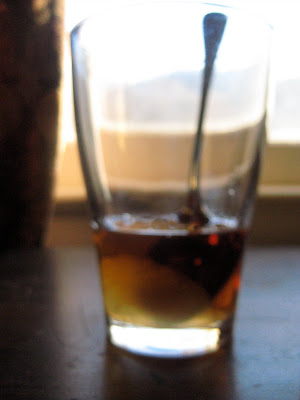 People have been using jelly to sweeten tea for ages, I'm sure, and this is probably not new to the world, but it's new to me and a delightful way to have a civilized bit of libation after a walk in powdery, sparkly snow. 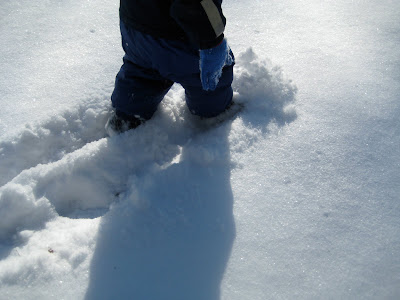 What was particularly lovely about this toddy, was the mixture. I used two ounces of the coffee liqueur I made, and a spoonful of the lemon vanilla jelly from the other day, topped with hot water. The coffee liqueur is made with coffee beans, natch, and star anise. With the lemon added it tasted just like espresso with anisette and a lemon peel, which is the way it was served in our house growing up. (We were an anisette house, not sambuca.) I love how the lemon pulp and vanilla released from the jelly. 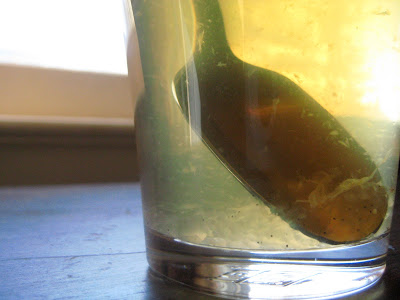 I'm thinking about a bunch of other toddy ideas, especially with a rose geranium jelly I have. I'm also going to have to try this Breakfast Martini, of which there are a few iterations basically involving booze and marmalade. Perfect! Steve thinks it sounds disgusting ("I don't want chunks in my martini, particularly if I am having it for breakfast." Point taken.) But I think it sounds delicious. Just not too many rinds. Maybe strain the chunks and garnish with a candied peel? Though, I won't be having it for breakfast anytime soon, as that is usually around 5 a.m. Maybe when the baby starts waking up at a godly hour, instead of the ungodly one of 4:30 a.m. 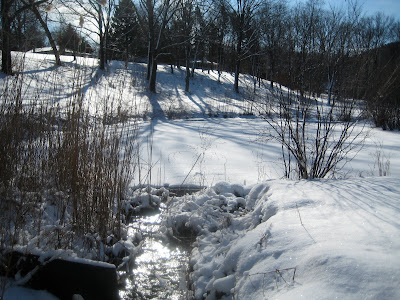 Winter, I think I love you again. The toddy helped. So did the toddler. 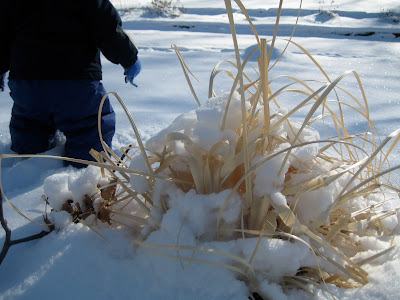