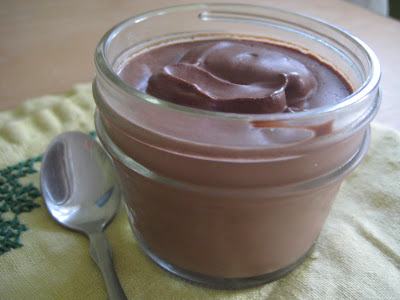 A few months back I was gifted a half-gallon of cream. Which to me is a thrill that borders on the obscene. I can drink heavy cream straight. I don't do that, but I could. It's a little disgusting. Maybe it's because you don't get cream too often. Maybe it makes you a little crazy.
One time, way back in college, a friend of mine and I were back home kicking around one night at her parent's house. Maybe it was around the holidays. It was cold. As we were skulking around, we happened upon a couple of cases of milk sitting outside a school. Must have been an early delivery, as it was about 10 p.m. We noticed there were quarts of heavy cream. Somehow, to us scruffy college kids taking a quart seemed like a good idea. Our idea was to go home and make whipped cream and put it on hot chocolate. Seems innocent enough, right? Her parents were sleeping so we thought it was a good idea to whip said cream closed up in the bathroom, so we would be quieter. Her mom didn't think it was such a good idea when she came downstairs, totally perplexed as to what that noise was in the bathroom. I'll never forget her face when she opened the door, standing there in her slippers and robe, to find us huddled over a bowl of whipped cream.
College exploits aside, last week I was gifted another half gallon of cream. A friend in the food industry gave it to me, as it was about to expire. No worries here, said I. I would just have to move fast. There are a great many uses for cream, and here are some ways to keep it around a little longer. All of these ideas can also be found in the Joy of Cooking, which is what I referenced, or on the internet. Of course, one of the ways to enjoy cream is whipped and dolloped onto nice hot cups of cocoa.
Freeze it: Did you know you can freeze cream? Freeze in ice cube trays. Once frozen, pop them out and keep them in a ziploc bag, and pull one out when a gravy needs a rich finishing touch. You cannot whip heavy cream once it's been frozen, but you can freeze whipped cream. Whip it up, then freeze it in dollops on a tray covered with a sheet of parchment paper.
Butter: First off, you could easily make butter of the whole thing in a short period of time. You need a jar and some good pogoing music. It's a serious workout to do it by hand, but if you plan to eat all that butter, then it's probably not a bad idea. I put 1 1/2 cups of cream in a large jar (you want to make sure there's room for shaking--no more than 2/3 full) and shook it till my arm was sore. And then some. It took about a half-hour.
My toddler was very amused by my jumping around. Just when you think you're arm is about to fall off and that all you've made is thick weird whipped cream, thunk! all the fat comes together and the "buttermilk" separates from it. It's the simplest bit of alchemy, and very satisfying. If you're into that kind of thing. And it makes gorgeous butter that you can then freeze. But, even better, bake some bread and slather it on. Oh, that was good. And the buttermilk is quite tasty. Use it like regular milk. I did. Is that weird? Don't answer that.
Crème Fraîche: A dollop of this will make anything better: oatmeal, pasta, borscht. Pie, pudding, fruit preserves. You name it. It will be better. All you do is gently heat a cup of cream to 80 degrees (it happens quickly, use a thermometer!), then add it and two tablespoonfuls of buttermilk (the cultured kind, not what came out of your butter, sadly) to a jar, shake it up good, and let it sit in a warm place from 24 to 48 hours until it sets up nicely. You can use this as the culture for your next batch, if you have one. This should last in the fridge for two weeks. Maybe longer. Maybe shorter. Depends on how you feel about putting it on everything.
Ice Cream: Now, shouldn't it be "iced cream"? I made vanilla ice cream, and it was outrageously good. I think I used about 2 1/2 cups of cream. I had to supplement with milk because the half-gallon was kicked! And still it is the creamiest ice cream I've ever had. Could it be those super fresh eggs from my chickens? It starts with a simple custard, which then sits in the fridge, and then gets the ice cream machine. I don't make ice cream that often, but when I do, I am so happy!
Pot de Créme: This is also a good way to use up those tasty eggs! And is this the cutest thing ever?? Pot de créme served up in a 4 ounce canning jar. I have joined the cute-foods-in-canning-jars craze. But seriously, I had broken all my pudding cups (how? I don't know) and didn't know where all the pot de créme was going to go. And I got this great idea, and my eyebrow went up, and the rest is history. Maybe it would have been cuter if I served them at a party, instead of eating them all by myself, but...Every time I'd eat one, I'd think: so cute! 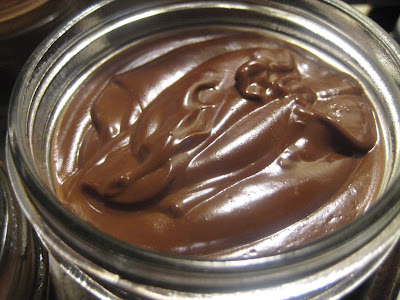 Here are some things I didn't make, but will next time:
Sour Cream One step easier than crème fraîche. Creme fraiche tolerates cooking at higher temperatures better, and is a bit nuttier than tangy sour cream. You can also whip crème fraîche, but not sour cream.
Cream Cheese You will need rennet.
Clotted Cream While it cultures make jam. Then some scones. Then have high tea.
I'm sure there are many other good ideas out there. I didn't even hit on cheese making. If you have any other ways to preserve cream, please leave me a comment below!
Posted by Julia at 2:00 PM